Redlines vs As Builts - Are They the Same? 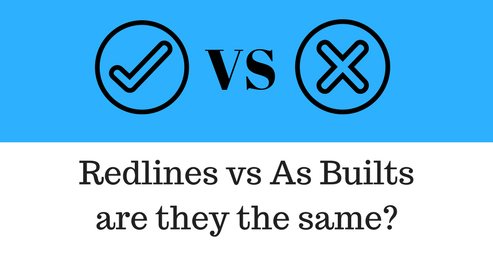 Redlines vs. as builts: Two things that seem to be exactly the same but are they?

What are Redlines? Redlines are, quite simply, original drawings that have been redlined to reflect the changes that have been made. As I mentioned in previous articles when a project is being installed the installation team uses a series of plans and specs to guide them in how to build the project.

As you might imagine changes take place while the project is being installed. In order to capture these changes the project drawings are redlined. Redlining the drawings is when you draw on a drawing (sometimes in red) to reflect what is actually installed.

Now a common misconception is that redlines are limited to drawings. That is not true!

Redlines should never be limited to just drawings. It is very important, I would argue more important, that you make sure to update your specifications based on how the control sequences are actually implemented.

What are As Builts?

There are two ways in which the redlines are transformed into as builts.

The first way is for the general contractor to require their subcontractors to create as builts for their portion of the drawings and specifications. This process may work for some projects but an issue arises when multiple contractors have as-builts on the same document.

Are they the same?

So with all this talk about redlines and as builts many folks are tempted to think they are the same thing. But they aren't and it's very important that you understand this.

I know it may seem like I'm being nitpicky here but the reality is that redlines and as builts can be quite different especially if you are working with plans or specifications that are impacted by multiple contractors. Imagine you are looking at redlines to a mechanical plan document from the controls contractor...

Is it possible that there are changes from the mechanical contractor that are not reflected in the plans? My experience tells me that it's not just possible, it's quite likely!

That's why it is so vitally important for you to ensure that you are working of as builts and not redlines when you are troubleshooting projects that are still in construction. I've seen BAS technicians get all mixed up thinking they were working on the right set of VAV boxes only to realize that the mechanical drawings had changed the names of the boxes and they were setting min and max CFM's in the wrong boxes!

I've seen BAS technicians get all mixed up thinking they were working on the right set of VAV boxes only to realize that the mechanical drawings had changed the names of the boxes and they were setting min and max CFM's in the wrong boxes!

This can be a huge drain on your projects. You must understand whether the set of drawings and specifications you are working with are representative of what is installed! 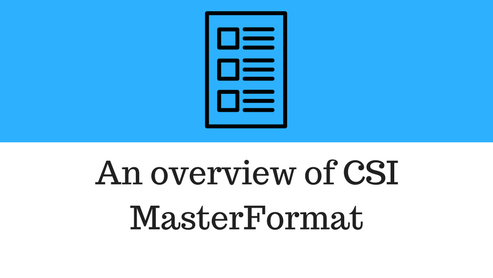 An overview of CSI MasterFormat 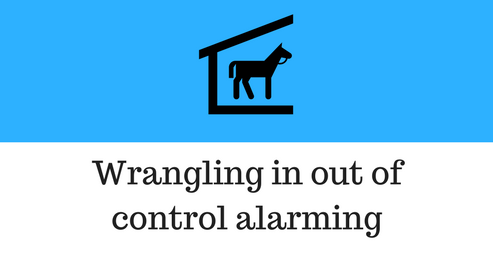 Wrangling in out of control alarming