Cruise Control to Setpoint – A Model for Understanding PID Loops 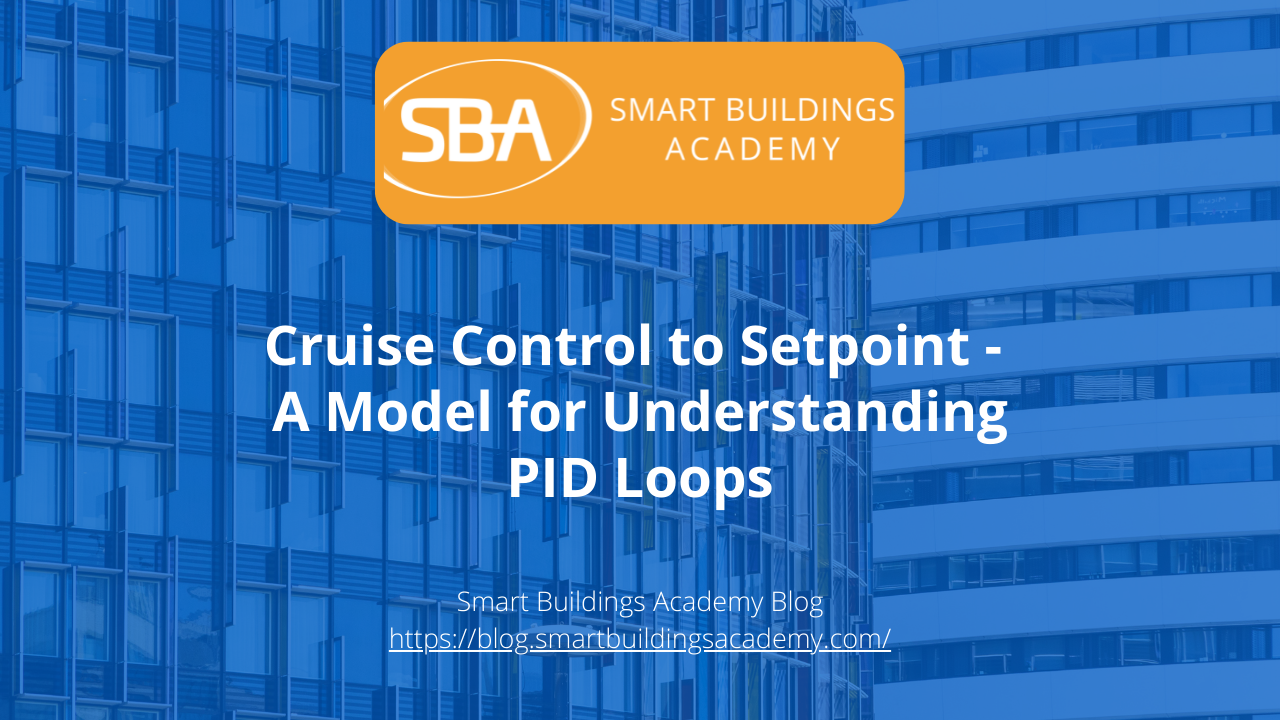 Hey folks, Phil Zito here and welcome back. In this post, we are going to be diving into PID loops, or as I like to call them, PI loops because the reality is, we very rarely use derivative in building automation. So, by the end of this post, you will have an understanding of what PID loops are, what proportional, integral, and derivative do, why we use them, and you will have an easy way for setting them up.

It still amazes me to this day how many very experienced folks struggle with PID loops. How it seems to be this kind of black magic, mystical art that is tuning PID loops, when in reality, it's not that difficult. So, we're going to be looking at the cruise control model. There are many other models, and this is definitely not a scientific model, but there's all sorts of models and approaches to tuning PID loops, and I find them to be unnecessarily complicated. So, we are going to be looking at, what I view, as a very uncomplicated way of tuning PID loops.

Let’s dive in. For the sake of simplicity, I’m going to refer to these as PI loops. I don't believe in using derivative in about 98% of the situations you're in. It just does not make sense. It adds a complicating factor. What I hope you'll see at the end of this post, or by the middle of this post, is that the majority reason why people struggle with PI loops is because they don't know how to calculate proportional.

So, what happens is, imagine you're in a car, and this car is driving down the road, and it comes to a hill. This hill is going to introduce resistance, it's going to introduce what is called error to your control. What's going to happen is, let's say your car is supposed to be maintaining 55 mph: that's its setpoint. As you start to go up this hill, what is going to happen is the car is going to slow down to maybe 45 mph, which means your engine needs to increase. Your engine is your output. Well, what happens is there is a proportional difference between your actual desired setpoint and your process variable: you're actually going 45 mph and you desire 55 mph.

What happens is, as we increase our error, which is difference between setpoint and process variable, we should naturally have a proportional output response. Now, if we have a proportional output response, but we're still not getting to setpoint over a period of time, that's when we introduce an integral value. That's our I, and integral meaning time. So, over a period of time, we are going to add more to our output.

So, we have a proportional response to our error, and then as our error maintains over time, we have an integral response. So, our equation kind of looks like this:

That is our equation that we're primarily concerned with.

Now, for those of you who are still confused and are thinking this makes no sense, don't worry. It will make sense by the end of this post. 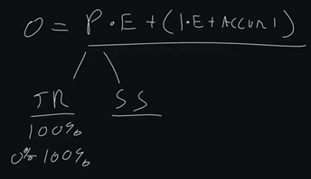 Now, we have our sensor span, and this is the controllable range of the sensor in which we are having a response. So, what I see a lot of people do is they will try to set up a PID loop for maybe DAT (discharge air temp), and we know that DAT maybe has a 10-degree range. So, our setpoint may be 55, and we know that we drift between 45 to 55. 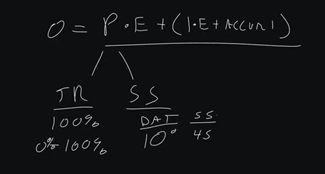 Now I'm just using simple numbers here, because in actuality, 55 would actually be the middle percentage, and we would do like 60 to 50, but that's more advanced. So, we have a 10-degree sensor span. 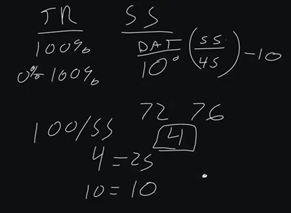 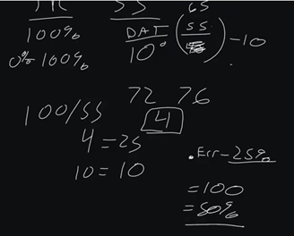 So, in our scenario, we have a P value of 25, because we're doing room control. We have an error of 2. So, our initial output on cycle one is going to be 50%. On cycle 2, which is cycle 2, we have our I value that we introduce.

This is why I always recommend starting with a small I, so if we do a 0.1, that will give us an I value of .2. So, .2 is going to be our initial I value, and that's going to be our I calculated. 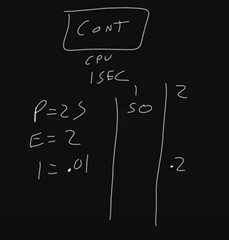 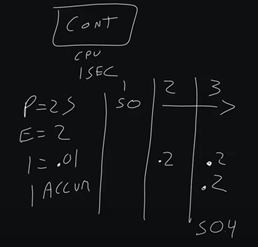 If we go to cycle four, we now have an accumulated of .4, we have an I calculated of .2, and we get 50.6. This is how PID loops work. Until we actually start to get a negative error, we are not going to have this accumulated I go away. 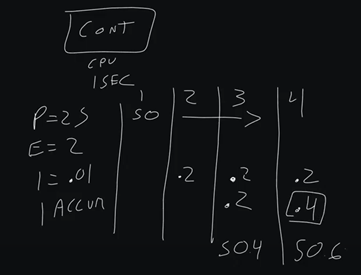 So fast forward to maybe cycle 10. We’re at accumulated 2. But let's say our error now is 0. So, we have a 0 proportional output, we have 0 error, we have 0 calculated I, but we still have 2%. That's why you can be in a 0-error scenario and still have an output on your PID Loop. 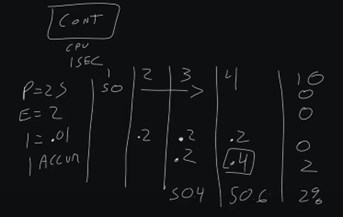 However, when we move into a negative scenario now, so we have a -2 error, that is where we actually will see our I start to reduce. So, we'll have our accumulated I and -2 error x .01. At cycle 11, we would actually get a -.2, so we would have 0.2% negative as our output. 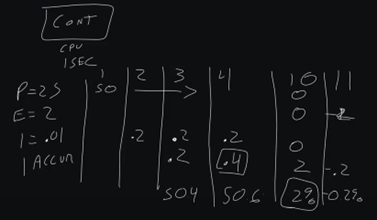 That has largely been dealt with, with most manufacturers. They put in thresholds so that you can't go above 100% accumulated I can't go below 100% accumulated I. This is why you actually start with a small I. So what you'll learn over time, if you get proportional right, then how do you calculate I?

Well, how I like to calculate I is I look at the speed of change. So in a space, we typically have 4 air changes in a space. That's by the way, where our 15-minute trend interval tends to come from. Some folks will say our 15-minute trend interval comes from data capacity, and that is true, but how did they find that data capacity? If you divide 4 into 60, you get 15.

Well, 15 minutes, by the way, as well is an air change. It's when we reasonably expect our space to be at setpoint from a complete error scenario. So, we go from like 76 to 72, we reasonably expect that we can achieve that within 15 minutes. So, we have to say, we want our I to accumulate over that time period.

So, what I've done, and this is total swag, Phil Zito experience here. There's no real science behind this, but what I've done in these scenarios is I look at whatever my control is. So, in the case of a space, it’s typically 15 minutes, and in the case of discharge air pressure on an air handler, that's typically 60 seconds. I look at that, and I identify that my I, I need it to go across this range in that amount of time, and that's how I come up with kind of an I value.

So, that's kind of how in my career I've come up with my range of I for my building automation PID loops.

So, what would scenarios be where we have a direct-acting versus reverse-acting loop?

A direct-acting loop scenario would be like zone temp, discharge air temp, etc. Reverse-acting loop scenario would be something like, as pressure decreases, because if pressure increases, we actually want to lower our output. So, as we get a lower error, as we decrease in the case of discharge air pressure, or hot water, where we drop below setpoint, those would be scenarios where we want to increase our output, reverse-acting loop.

Cooling, space temp, etc, in the case of cooling, these would be scenarios where we want to increase our output as we get too high.

Now the next thing I'm going to say about this is what is called a stop or startup value. Not every PID Loop manufacturer supports this, but where you would do this is when you want to preload something. So oftentimes in space control, we'll do a preload of 50%, because we have minimum ventilation requirements for spaces when they're occupied. So, we will preload our PID with 50, and then from 50% to 100%, we’ll actually use like a scalar object, and this will throttle us between max and min cooling. Then 50% to 0%, this is pretty much just min cooling right here, and then 50%, we adjust working with the balancer, etc to get whatever that is. 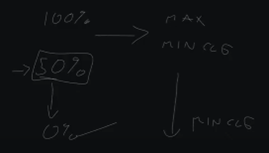 This isn't a hard and fast rule. Some folks don't do this for their PID loops. Some folks will actually have a PID loop that’s 0 to 100, and then it'll go into two scalar objects, one for a heating mode and one for cooling mode. Others will have a temperature driven heating and cooling mode that goes into a switch that then switches CFM setpoint.

So, I like to have two different loops, and then I like to use a numeration, like switching between cooling or heating or ventilation mode, and then controlling my loops accordingly. That's how I prefer to program. That is my approach. That's not to say it's the only or the right approach. It is my approach.

So, there you have it. This should give you kind of a baseline understanding of PID loops, or as I like to call them, PI loops. I hope you feel more comfortable after reading this. I hope this feels less mystifying. I feel like people try to validate themselves by making this seem way more complicated than it actually is, and my hope is that after reading this, you feel very comfortable.

If you still are looking for support beyond this, I would encourage you to check out our PID Loop Tuning Course. As always, make sure comments and ask questions.

Thanks a ton, and take care. 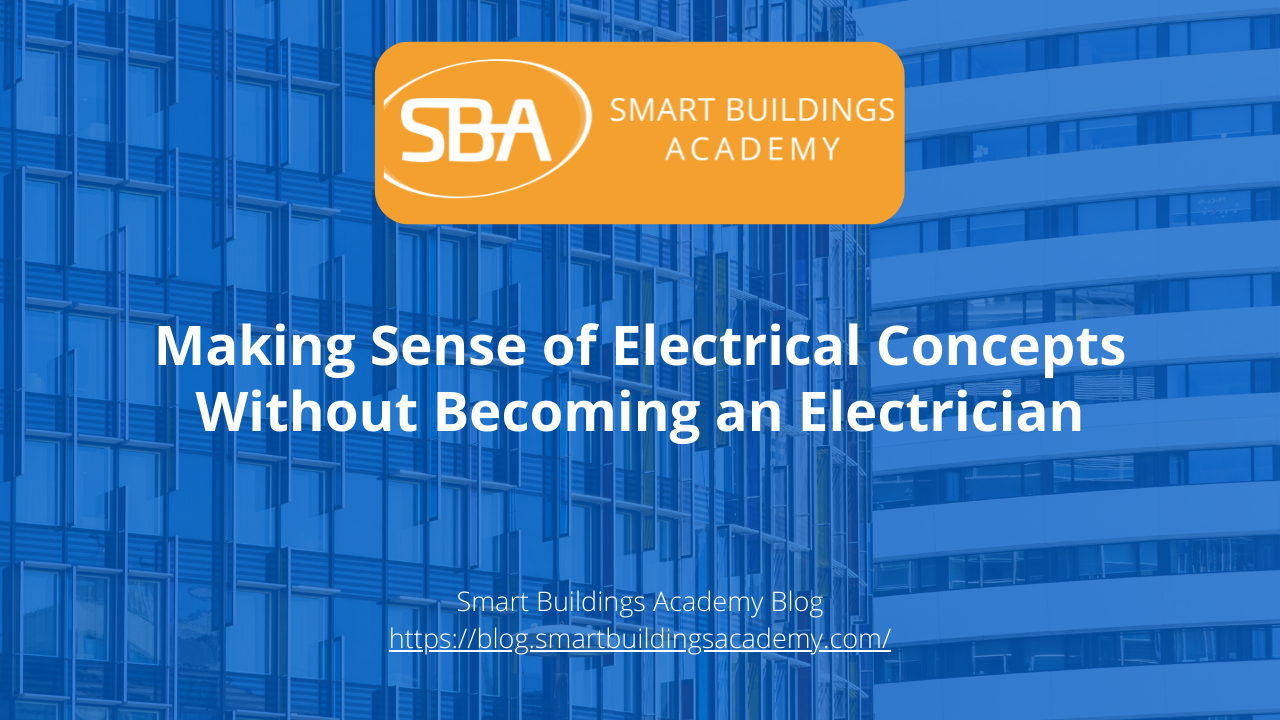 Making Sense of Electrical Concepts Without Becoming an Electrician 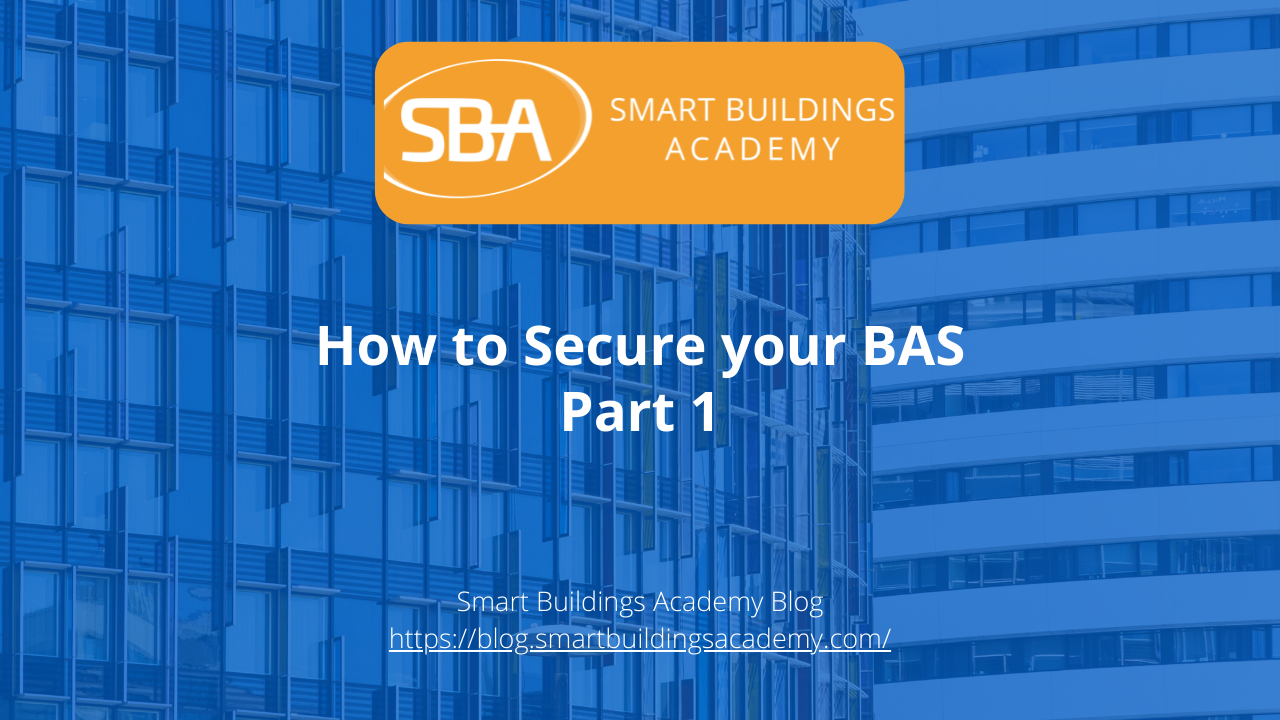 How to Secure Your BAS - Part 1