How to Validate Installation and Perform P2P Checkout 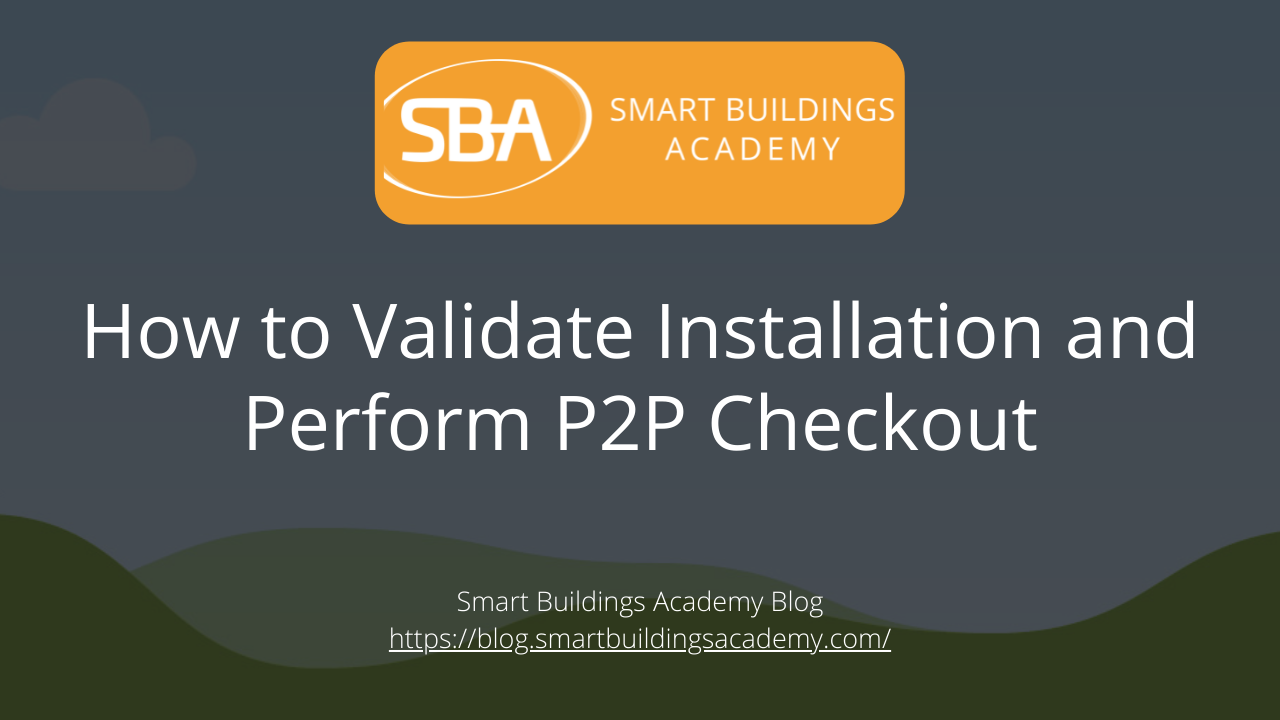 Hey folks, Phil Zito here, and welcome back! So, this post is going to be about how to validate, installation and perform point-to-point checkout. So, if you've been following along with this series on construction, which I highly encourage you to start at the beginning at How to Perform Sales to Operation Handoffs, I encourage you to go through all of those posts. We've come to the point now, where we've lined out our subcontractors, we've scheduled out our labor, we've created our submittals and got them approved, we've ordered our material, our subcontractors have installed the material, and now we need to validate our installation and perform our point-to-point checkout.

In this post, we're going to walk through those two things. So, validating installation. How do we do this? Well, there's a static installation, and then there is technical installation, and the two are not necessarily the same. You can have something that is wired up, properly communicating and performing in a point-to-point checkout scenario that is completely, aesthetically not pleasing.

We've talked about this multiple times in the past, and you know, I'm kind of middle of the road here. If you've read our posts, listened to our Podcasts, or you've read any of my LinkedIn responses to those panel posts, you know what I'm talking about. You go on LinkedIn, and you see people posting pictures of their panels, and while they look really nice, I will have people say, “Phil, no, this is bad for you to say this.” If my folks were spending that much time on a panel, especially in today's day and age where we barely have staff to execute work, something's going on.

Some of these panels, they look pretty, they look great, have pride in your work, that's awesome. They look over-killed, to be honest, and I know I'm going to get emails from some of you who are going to tell me that it benefits the person when it comes to troubleshooting, take pride in your work, it takes less time to do things, right, etc, and there's some truth to that. But I'm saying there is a delicate balance between doing things just for aesthetic reasons, just for the look, and doing things for practicality.

I'm all for using different color wires, or labeling your wires, if it makes sense, right? Especially if it helps the operation of the building, if it helps the operator to actually use the panel. If it's a commercial office building, and you know no one's ever going into the panel, unlike a hospital, does it then make sense to color code every wire, have everything labeled, have everything super pretty? Or, does it make more sense to be low cost and get the work executed?

Now I'm not saying do spaghetti-wiring and have everything kind of bundled up so that you can't make heads or tails out of anything. The level of aesthetics should scale to the level of criticality of the building. This is something people don't really talk about when it comes to the installation of controls.

Once again, I want to be really clear, I'm not saying just go and do crap work, but at the same time, the level of aesthetics you're going to put into a tier-four data center or into a very complex operating room are just going to be different than what you're going to do in a simple investment, commercial real estate property where the person doesn't really care. It's just another commercial office building to them and all they're really worried about is getting basic tenants in there. The level of aesthetics you are going to put into your installation are going to be different, and that's something that you need to consider when you're approaching things, especially in today's day and age where labor is just so hard to come by.

Sure, we can have issues with point-to-point, but those are pretty easy to identify. They're usually impacting one controller unless, like you totally messed up the electrical details in the submittal phase, in which case, they could be impacting all controllers, but that's more on you and less on your installer. So, get your submittals right, and then you shouldn't be having that problem.

Some folks will advocate for a full point-to-point to every point. Yeah, you can do that, but let's be real. If you have 1000 VAV boxes, do you really believe that someone is going around with a multimeter to every thermostat, letting the multimeter set for 5 minutes or so, for the temperature to settle, and then properly calibrating temperature? They're probably not. They're probably relying on test and balance to help them with calibration. Some test and balance folks do temperature calibration, others just do airflow. We’ll discuss that more in an upcoming post.

More importantly, we want to go to our major units, our air handlers, our chillers, and our boilers. The reason why is if one VAV box is messed up, let's say it's temp sensor’s mis-wired, its actuator’s mis-wired, and it really shouldn't be because the actuator is typically embedded into the controller. But let's say you're using an external actuator, or the heat is not properly wired up or the fan’s not properly wired up. That's only going to really affect that one terminal unit and that one space. Whereas, if you get an air handler wrong, or you get a chiller wrong, or you get a boiler wrong, that's going to affect all the subsystems that are associated with that primary system.

So, we really want to be cognizant of that. So that we are avoiding issues with major units that are then going to cascade to all the subunits. If you have to do point-to-point, which I believe you should have to do, you definitely want to do a full point-to-point on your major controllers for your major air handlers and your central utility plant.

Now, how do you do this. I like to start off with inputs and I like to measure the value of the input to ensure the calibration is properly set. So, we're checking our inputs, we're changing our input states if they're binary, and we're making sure state change corresponds onto the controller. If not, we're reversing the input, or we're rewiring the state of the actual input.

They’re the last and final thing I'm going to check because when we get to outputs, there's a specific reason why I like to do this. I like to first validate that my output works, especially if it's like a supply fan command, “I command it on, does the fan turn on?” Then at the end, I'll do my low temp safety, or my pressure cut out. I will make sure that the safety shuts off that command. Whereas, if I just make sure the safety works, and then I make sure the command works, I'm not really validating that the command is being shut off by the safety. So, I want to make sure, from a point-to-point perspective, that I do my safeties last after my outputs.

Now if any of your inputs or outputs aren't working, this is where you would validate your physical installation. Make sure it's matching up to the electrical details, wired up properly, and making sure that there's no grounds, no shorts, nothing that is potentially going to cause issues.

There you have it, validating installation and checkout. Alright, in the next post, we're going to talk about performing graphics and front-end setup. We're going to look through what that looks like and we're going to get you up to speed on that.

Thanks for being here and take care! 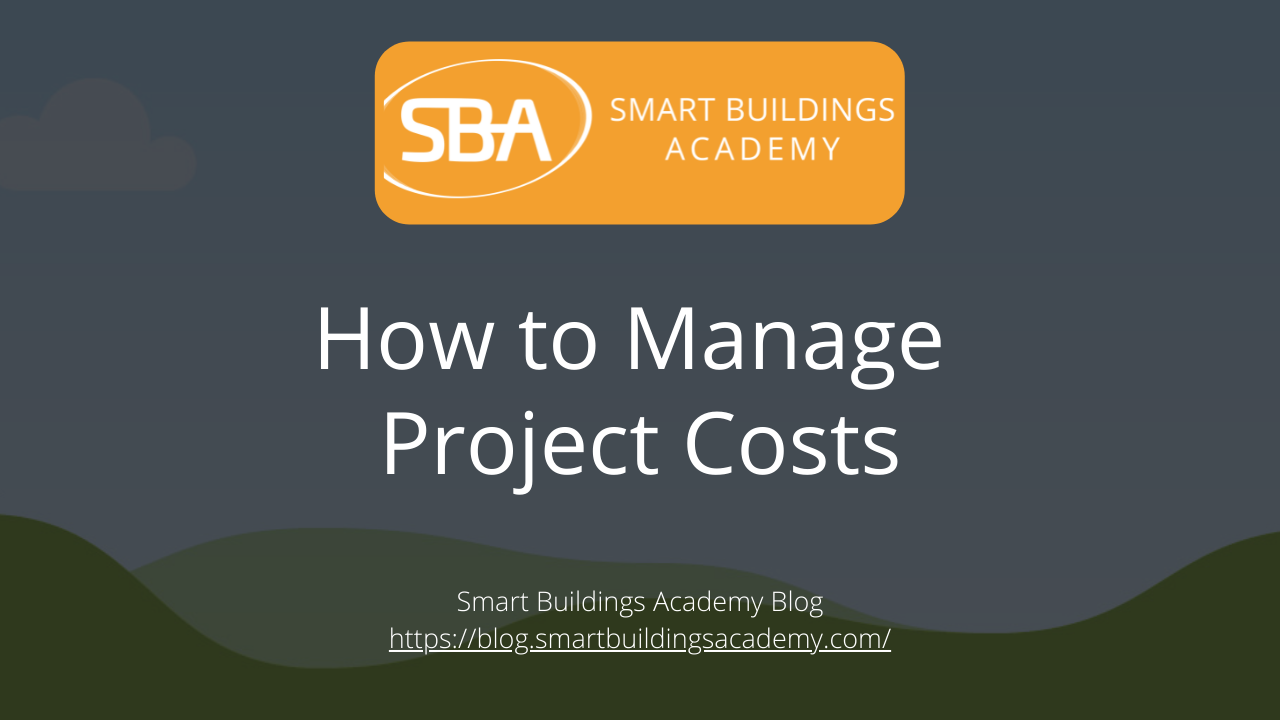 How to Manage Project Costs

How to Perform Graphics and Front-End Setup