How to Program from Submittals 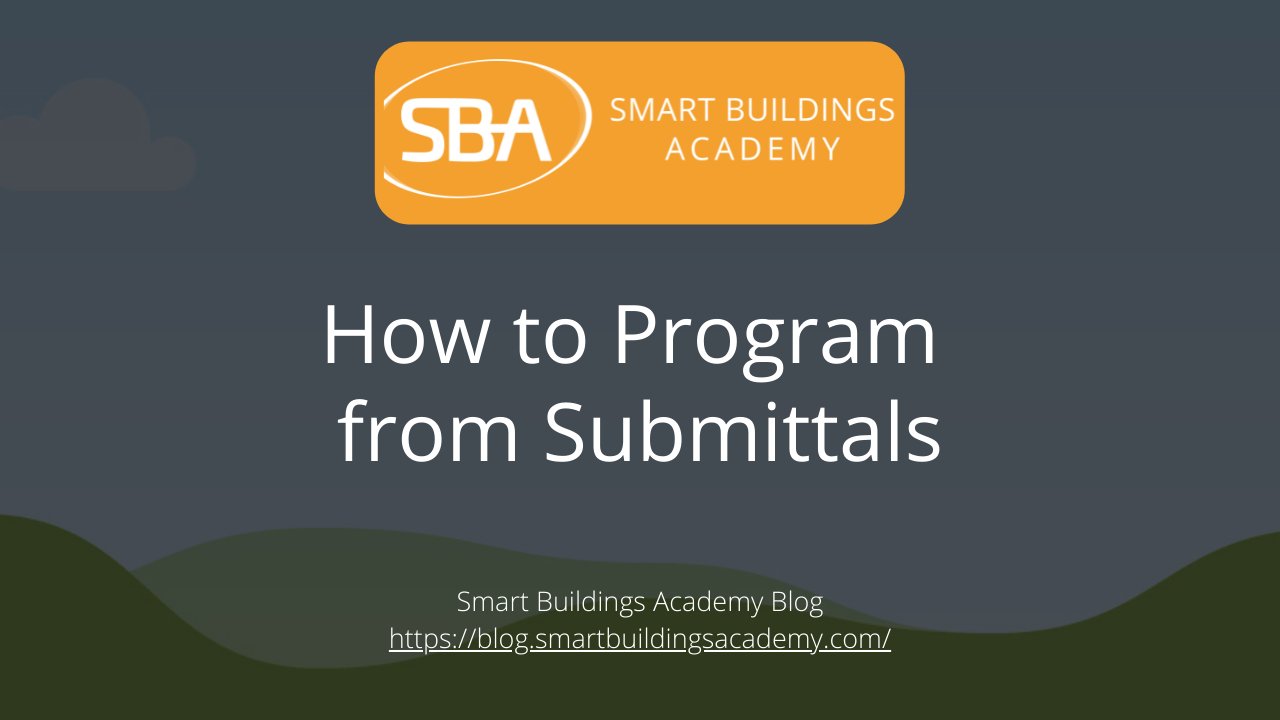 So, if you've been following up to this point, we began with releasing information from sales to operations all the way now into actually writing some programs. Now some of you may be wondering, “How in the world is Phil going to teach people how to program from submittals through a blog?” Well, programming is definitely one of the most visual besides graphics. So, we're going to have a bunch of bonus resources for you.

Below this post, you will find our Ultimate Guide to BAS Programming and our BAS Programming Mini-Course, both of which are free and can be found at Smart Building Academy. In addition to that, we're going to go through the process of taking a sequence and translating it into programming because what I've noticed is that, when it comes to programming, people fall into two camps:

So, I'm going to be focusing on the latter group here, the folks who understand building automation software, and are trying to figure out how to turn that into a sequence. But don't fret if you are someone who has absolutely no experience with BAS programming software, this is still going to be valuable to you, as well as the resources we’ve provided below.

Programming is one of the highest paying skills in building automation, besides integration and sales. If you are a programmer, you are in incredibly high demand. You can basically write your own salary expectations right now, and you also have a skill that, in my opinion, can be a lot of fun and very fulfilling.

“Programming is understanding the statements that are being made in sequences or in submittal documentation and translating those into design patterns.”

Let's define what all that means. So, a design pattern is just a way of implementing. You see design patterns every single day in your life. If you are looking at a car, most cars have four wheels, two to four doors, an engine in the front, and a trunk in the back. They follow a pattern. Now, the interior, exterior, and the mechanical parts of it may change, but there's a pattern to things. When you look at engines, how they perform, or motors, how they perform, they all follow a pattern in how they're designed.

Well, programming is no different. If you think of one of our most common patterns in programming, which is called the comparative pattern, this is where we look at two numbers and we compare the two. It doesn't have to be numbers, it can be Boolean objects, etc, but we compare these two objects to one another. Based on those objects, we drive a Boolean outcome which is a true/false on/off outcome.

You see this all the time when you're looking at low temp enable or economizer enable, based on temp or comparison of return enthalpy versus outside air enthalpy. You're doing a comparative pattern to look at these two parameters, and you're comparing the two and then you're driving an output. If you learn this one pattern, you can apply it to so many different programming scenarios.

Folks ask me quite often, “How can you teach someone, who is brand new, to program?” Well, as long as they understand the HVAC control theory and HVAC sequencing, then they can learn the patterns that come with programming. So, let's talk through what that would look like.

The first thing that I just mentioned is the comparative pattern. We are going to go through a couple of patterns in this post, but we're primarily going to focus on our programming methodology and approach.

You can even look at that pattern and say, “Hey, if our calls for heating or calls for cooling go above a certain point, or below a certain point, we're going to initiate a state change.” So, there's so many things you could do with that very simple pattern. In order to make sense of that, you have to identify the word requirements for the pattern in the first place.

So, what we need to do is to go into our sequence of operations or our submittal set documentation, and we need to start to parse through our sequences. The methodology I take is: Inputs, outputs, binary logic, analog logic, safeties. Sometimes I'll do:

So, once I've done that, then I move to safeties. I always do safeties last. Now people ask, “Why do you do safeties last?” It’s because you want to program your safeties last so that no other programming that you're doing overrides for safety conditions. Safety conditions exist for just that, the safety of the equipment as well as the safety of the people or occupants. The reason why we want to do our safety logic last is because if I do my safety logic first, and say I have a
disabling of the unit based on if the outside air damper’s open or not. I write that first and then I write some sort of economizer logic that overrides that or messes with that, then I could have some issues. So, I want to be cognizant of that safety logic, and that's going to be the last thing that I'm going to write from a programmatic perspective.

I now will start to build my points list. So, I will start to build my physical and logical points, inputs, and outputs. Physical point is a point that physically exists. It physically connects to the controller, and I can physically touch and feel it. A logical point would be a setpoint or a timer object, or a minimum threshold. These are things that are used logically, meaning programmatically, inside the control device that physical inputs or other logical objects are intertwined with.

Now as I was saying, we start with our inputs, I put those on the left. At least in the US, we read left to right, so I put those on the left of the programming page. The outputs, I put on the right, and the logical points are somewhere in the middle. I then move to my Boolean logic, this is my fan start/stop, my economizer enable, my status dependent starts, etc. I start to build out these design patterns, and I apply them. I put a line through each binary pattern, or each binary sequence trunk as I write the programs.

Now, I'm a big fan of state-based control, I like to write my programs in a state-based manner. So, I will have a cooling mode, a heating mode, an economizer mode, etc, and I will have logic that will switch between the modes. That way, I always know what mode I'm in and I can troubleshoot accordingly. However, not all sequences are written that way. So, just be cognizant of that, but that's how I like to write my sequences as well as my programs.

Now that I've done the Boolean logic, I start to move to the analog logic, and I start to implement that. So, I'll start to write out my PID loop patterns, my sequencer patterns, my resets, my timers, etc. Finally, I overlay everything with my safety logic.

It's at this point that I implement my safety logic. I will use one of my various test methods to test my programs. At the end of the day, following this pattern makes it quite simple to write programs, because the majority of the programs are going to fit in the majority of the design patterns that you're going to learn and use. Once you understand these patterns, and you understand the word triggers for them, then it's very easy to say, “Oh, that's a comparative pattern.”

For example, let's say that you come upon a sequence and the sequence says, “The economizer shall be enabled when outside air temp is greater than 65 degrees.” Well, you just came upon a comparative pattern, right? That is a Boolean logic pattern. All you have to do is remember your comparative pattern, your physical input, your logical input, and your output, and you're going to write that pattern. Boom, done.

You continue along and you see, “Fan shall start and shall detect status of whatever within 30 seconds; if not, shall be disabled.” So, you write that. That is a basic status pattern. Once you have these patterns established and identified, it becomes rather easy to write programs rather quickly.

Now, granted, there are little bits of nuances with every manufacturer software, but the one thing that will remain constant is understanding these patterns not just for programming, but also for troubleshooting perspective. This is why folks will say, “Hey, Phil, how do you gain the ability, the capability, to go to a site, look at someone's programming and figure out what's going on, even if you're not really familiar with that software?” Well, once you understand what the basic logic blocks are, the Ands, the Ors, the switches, the gates, etc, and understand what those are, those are fairly common across manufacturers. Then, once you understand patterns, that is pretty easy to detect as well.

Alright folks, I hope this gave you a helpful perspective of how to program and understand the process around it. If you'd like more visual resources, check out the links below as well as our BAS Programming Fundamentals course.

Thanks a ton, and I will see you in our next post!

Here are those super helpful resources I promised! 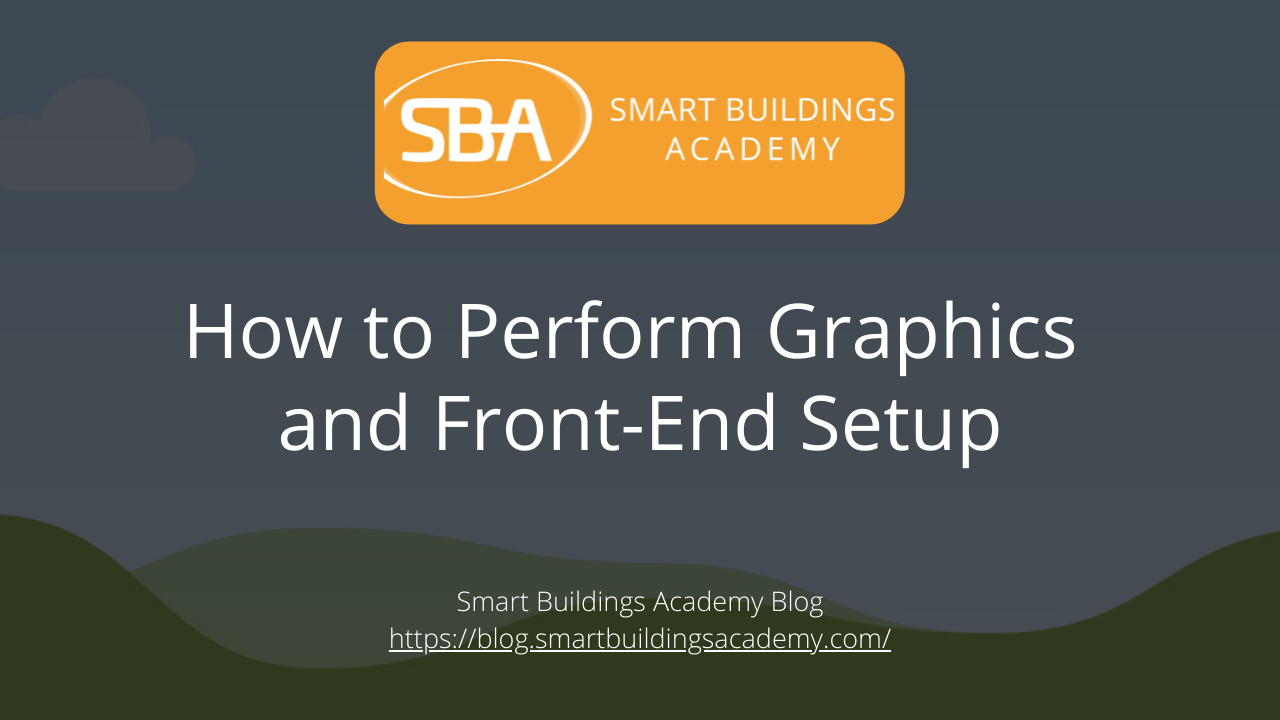 How to Perform Graphics and Front-End Setup 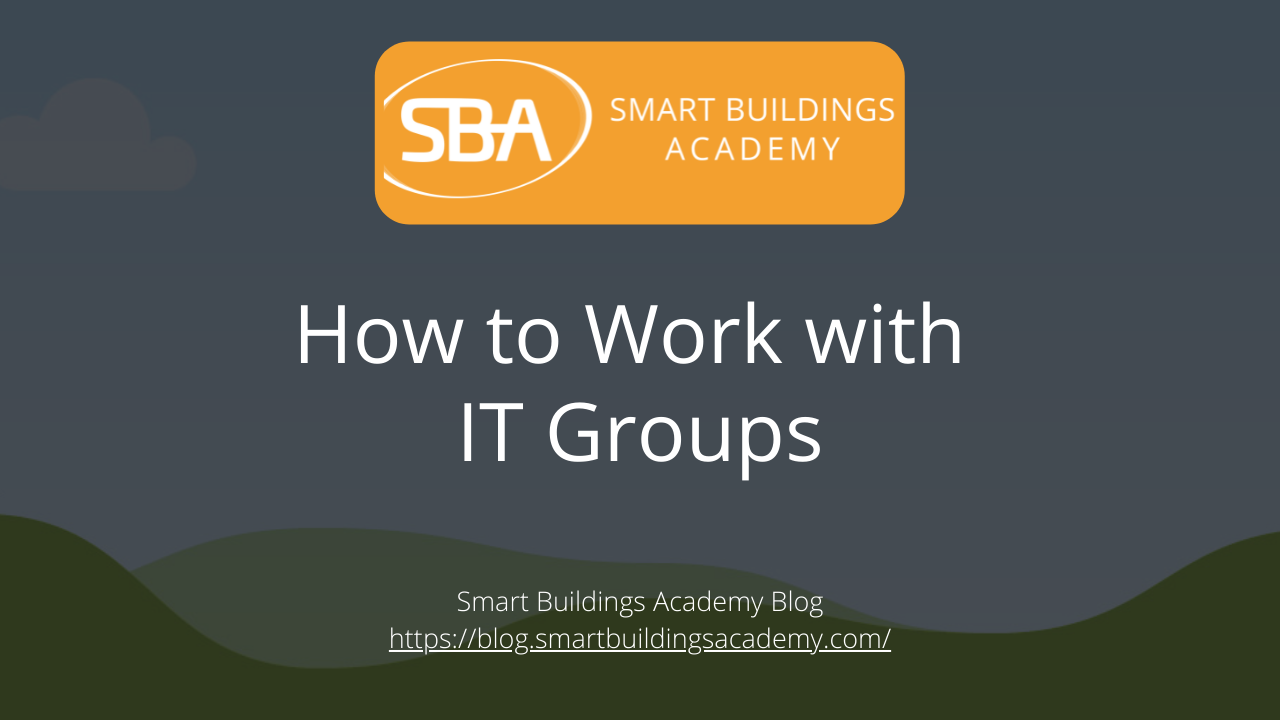 How to Work with IT Groups